In the wake of an act of focused violence, a concert musician experiences an obsessive-compulsive breakdown that leads her into treatment. There, denied of her “ethical privilege of person,” she must assemble disparate elements—Western music, Continental philosophy, Herman Melville, and more—into a map of her escape route.

Blending a radical approach to rhythm and language with experiments in typography, interactivity, Claymation, and the limits of textual form, Clare Louise Harmon’s debut collection The Thingbody charts her titular heroine’s journey from trauma and self-destruction toward reality and God

"Syntactically, Harmon’s unorthodox sentences leave room for the inherent rhythms in language to lead readers through each sentence, creating multiple associations along the way, expanding the possibility of meaning. Harmon doesn’t tell the audience what to think while reading; rather, she allows the audience to think for itself. . . . The Thingbody is an achievement. Clare Louise Harmon has written poetry unlike anything else in the literary canon, conveying pain in a manner entirely her own. These poems will unsettle readers—that’s for sure. But underlying the darkness of the work there is an unquestionable honesty and fearlessness that is relentlessly poignant." —Zach Groesbeck, Front Porch Journal

“Part quaint, part quotidian, robustly playful and hauntingly serious, The Thingbody is a multimedia achievement in many ways: designed to be seen with the ears, heard with the eyes, and touched with the mind. With its pervasively alliterative phonology, anaphoric diction, and run-on syntax, we are forcibly confronted by a wave of boldly experimental prosepoems which endow the jaded stream-of-consciousness method with a surrealist freshness. In this work, Clare Harmon points us back—and forward—to the admirable “dirtiness” of orality and the questionable “purity” of the written word. The Thingbody is a work the listening, reading world will talk about for a very long time.” —Niyi Osundare, author of Not My Business

“A harrowing ‘verse memoir’ in short vignettes of propulsive prose poetry, whose contents and sensibility resonate with the great Western explorations of female interiority both on and off the rails (Jane Eyre, The Yellow Wallpaper, Tender Buttons, Mrs. Dalloway, Wide Sargasso Sea) . . . The Thingbody explores the edge of bearable female existence in an age of plenty: suicide attempt, obsessive-compulsive disorder, and the requisite stint on the psychiatric ward which is both a prison and a safe space. The struggle to become vulnerable . . . is beautifully rent and rendered.” —Maria Damon, author of Dark End of the Street

“Such a formally engaged “memoir in verse” as The Thingbody foregrounds one of the primary functions of literature: not simply to recount experience but to ever more fully constitute it in its most acutely lived dimensions. This debut nearly shivers and shakes with an urgency to pound and press—to break alive—and move on. We can only hope Harmon does, to another and another book of such tremulous talent.” —Michael Tod Edgerton, author of Vitreous Hide and editor of Loose Change magazine

In order to download this book you must purchase it at or above the minimum price of $10 USD. You will get access to the following files: 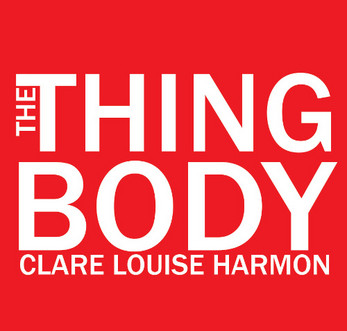